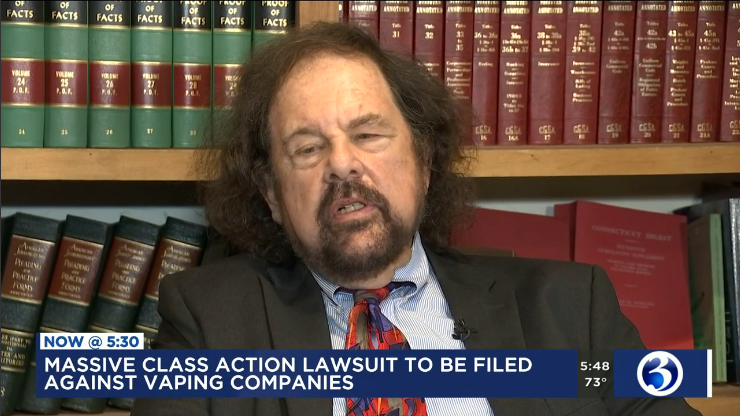 Any use of electronic cigarettes or “e-cigarettes” is referred to as vaping. Vaping is the act of inhaling and exhaling heated aerosol instead of tobacco smoke.

Despite claims that their products are safer and/or healthier than other tobacco products, medical experts have expressed serious concern about the high levels of nicotine present in JUUL vape cartridges. Recent studies have found Nicotine levels in e-cigarettes are generally much higher than that of a typical cigarette.

over claims it used deceptive marketing tactics to target youuth and teens who are under the legal smoking age.

companies to target teenagers while knowingly about youth addiction to nicotine.

Plaintiffs allege that JUUL knew its e-cigs were not safe under any circumstance for non-smokers and posed a risk of unhealthy nicotine addiction for people already addicted to cigarettes.

Plaintiffs also allege that JUUL knew its nicotine solution delivers more nicotine into a person’s bloodstream than a traditional cigarette and does so more quickly than a cigarette.

as well as with sweet fruity flavors reminiscent of candy or popular children snack foods.

The long-term effects of using vape cartridges is not completely known because the invention of the e-cigarette is only a few years old. JUUL vaping pods contain nicotine, which contributes to addiction. The effects of other chemicals in vape cartridges

adults is of public health concern; exposure to nicotine during adolescence can cause addiction and can harm the developing adolescent brain.” – www.cdc.gov

Can I File a Lawsuit Against JUUL?

inadequate warnings about known dangers and health consequences, or you were led

marketing campaigns, you may have a viable cause of action. You should seek the

opinion and guidance of an experienced vaping injury lawyer.

Do You Have a Case? It Costs Nothing to Find Out!

lawyer, we can help.

There is NO COST or obligation for this service.